The history of London Stansted Airport 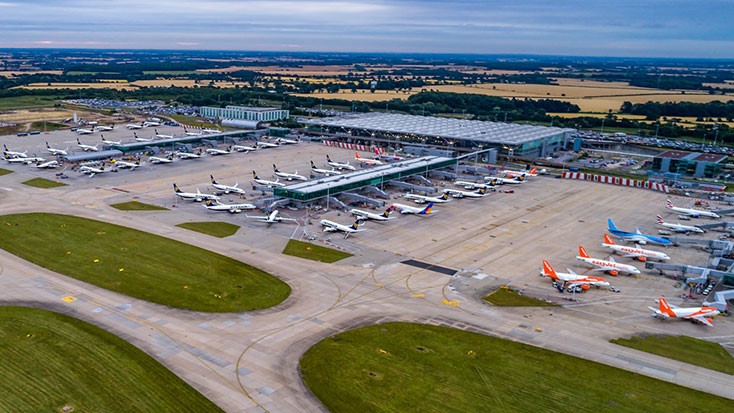 1942 - The runway was built by the US Air Force as part of Stansted Mountfitchet Airfield.

1944 - On D-Day, bombers from Stansted led more than 600 aircraft over the beaches of occupied France.

1970 - The new terminal was extended to handle increasing numbers of passengers.

1991 - The Queen opened the £400 million new terminal, aprons and taxiways at Stansted, which increased the airport's capacity from two to eight million passengers a year.

1999 - Parliament raises the Passenger Air Transport Movement cap to 185,000 a year and permission was given for phase 2 of Stansted to go ahead.

2000 - Work on Phase 2 commences and public consultation begins on expansion to about 25 million passengers a year.

2002 - Planning permission granted by Uttlesford District council to expand to 25 million passengers a year. The Government's South East and East of England Regional Air Services study includes Stansted in the future of aviation in the south-east over the next 30 years.

2003 - We agree a £30 million package of community benefits and environmental safeguards.

2008 - A new Training and Skills Academy opens at the airport offering employment opportunities to thousands of people in the local region. In June the airport marks 25th anniversary of space shuttle landing. In December, the new arrivals extension is complete and fully open to passengers.

2017 - Jet2.com chooses London Stansted as its first ever base in Southern England.

2018 - Direct Emirates flights to Dubai and Primera flights to the USA begin operation.

Find out more about community relations at London Stansted Airport

Find out more about our approach to responsible business