With a long weekend to look forward to because of the Queen's Platinum Jubilee, we thought we’d take you through what to expect across the weekend. 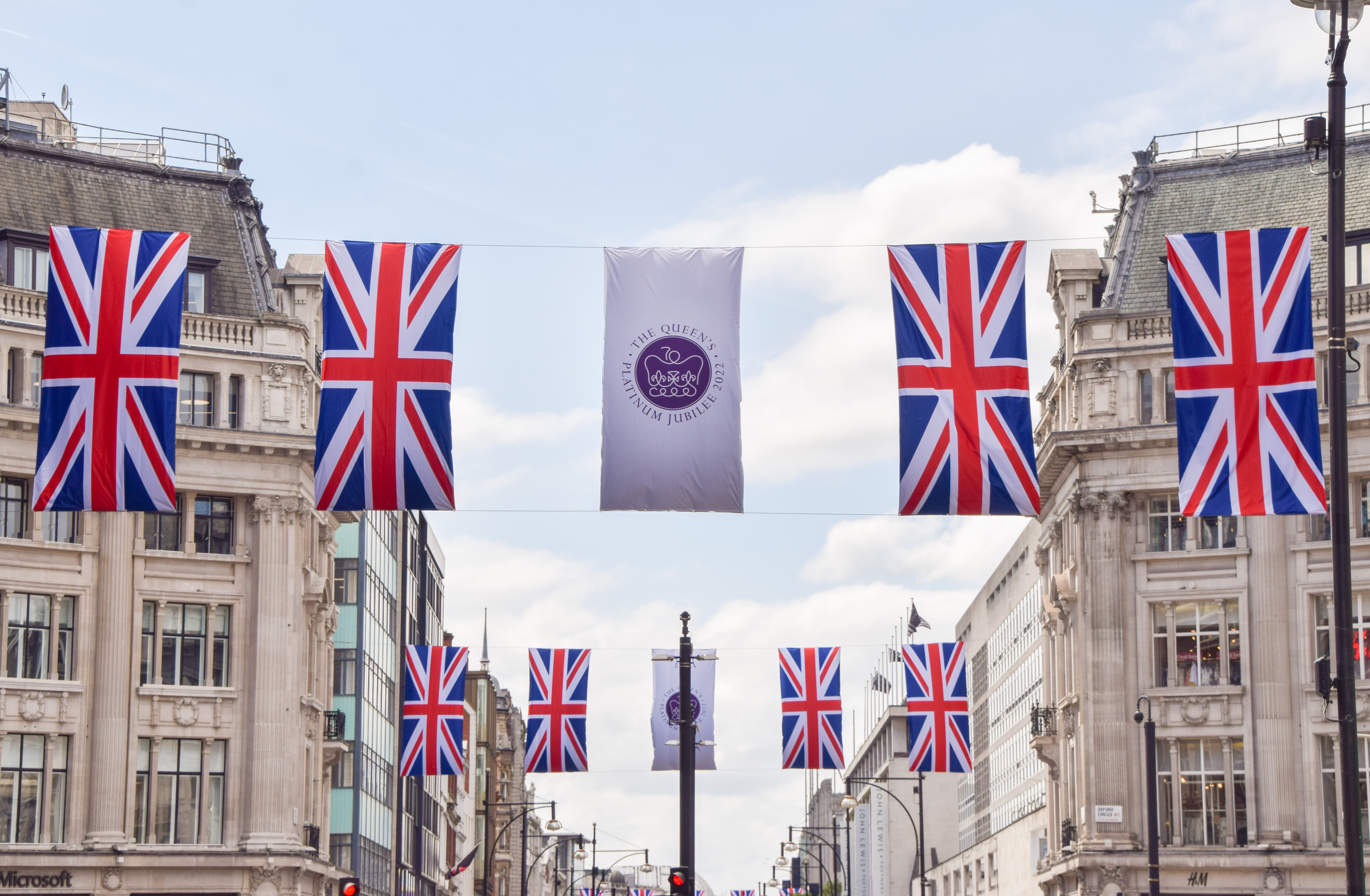 The key dates you need to know

Why are we having a Platinum Jubilee?

The Queen is our first ever monarch to reach 70 years of service as a British Monarch and because of this we have a Platinum Jubilee to celebrate. There will be a host of street parties, events and activities to get involved in including some key events. There is also an official emblem that has been designed by the 19 year old Graphic Design student Edward Roberts.

What can I do during the long Platinum Jubilee weekend?

With so many activities and events planned there’s lots to get involved in, including having a go at making the Platinum Pudding. A competition was held to find the best dessert for the occasion, and the mouthwatering winner was the Lemon Swiss Roll and Amaretti Trifle pudding.

If you’d like to plan a street party, you can find some guidelines to help make your event a success.

There is a tree planting initiative to honour the Queen’s 70 year reign - The Queen’s Green Canopy campaign. If you’re wanting to get involved with this special tree-planting process, here’s how.

Why not throw a Big Jubilee Lunch with your friends and family, or even at work! This is part of the official celebrations of the Platinum party and everyone is invited. To get your free party planning pack and for more information about how to get involved, the Eden Project Communities is the best place to go.

Trooping the colour is performed by the British Army. It has been performed since the 17th Century and the regiments perform this ceremony to mark the birthday of the British Sovereign. If you are at home during the Jubilee celebrations, you can catch The Trooping the Colour live on the BBC and on iPlayer.

What to watch on TV

The repair shop Jubilee special promises to impress, with family heirlooms going under a Royal transformation and bringing back their antiquated history connecting them to the Royal Family.

Honouring the Royal Highness in style is the Queen’s Birthday Parade, featuring Trooping the Colour. BBC One and BBC iPlayer will be broadcasting this special celebratory event, with hundreds of musicians, soldiers and horses due to put on a fantastic performance.

Join Charlie Ross as he pits two teams against each other to find the best bargain nodding to Her Royal Highness in the Bargain Hunt Jubilee Special. Watch the Royal twists unfold under the hammer.

Long-running soap Eastenders are set to join in the celebrations, featuring a party at Albert Square with a sprinkling of drama as always. Tune in on BBC One.

Join household names in the week’s most anticipated performance at the Platinum Party at the Palace. George Ezra, Elbow, Mabel, Craig David, Ella Eyre, Hans Zimmer, Alicia Keys and Queen + Adam Lambert are all set to perform at this once in a lifetime show.